In 2014, Katrina decided to leave her corporate life in the pharmaceutical world and took over the business... Camilla has had a life time love affair with the healing arts, meditation and yoga. She lunged... “Yoga continues to amaze me. We put our body into shapes, breathe deeply and we feel better.... 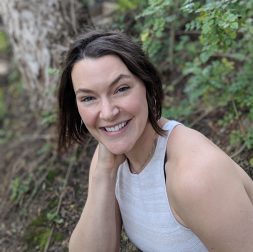 My Name is Courtney Yezzi and I am a Certified Iyengar Yoga Teacher. I am happy to... After studying Kinesiology and working in a career as a personal trainer, Erika began her journey on... Geri Portnoy, M.A., ERYT-500, is a yoga teacher, meditation teacher and spiritual awakening coach who has been... The art and science of yoga is far more than the poses we practice. It is a... Joana is a loving, kind-hearted yogi whose soothing tone and warm energy embrace all those around her.... Katie Beroukhim loves yoga and it shows in her teaching. Her classes are fun and creative. She... “Although it looks and feels like exercise, yoga is far more. It is a moving meditation that... “the practice for me means coming home” –Kristy The first time Kristy took a yoga class, it... Leila discovered yoga in 2000 when she was in college and has been dedicated to her own... You will find Mary’s class to be very nurturing yet challenging, with a combination of precise alignment instruction... Roeshan Shadravan, DOMP is a performance, movement, and manual sports medicine osteopath and educator with a focus... Scott Wilder has studied music since 1987. Having become interested in yoga and other aspects of Indian culture in college, he began studying Indian music at UCSD in 1995, learning to play the tabla (drums), the sitar and the sarod (lutes). He has been performing since 1999 and has played for Deepak Chopra, James Hubbell, and many others. Valerie is an accomplished yoga instructor with wide teaching experience in California and Michigan. She completed a...